A place full of history

Every castle has its own history, but the one inside the Soutomaior Castle’s walls is very special. Nowadays it sits majestically and in silence, dominating the valley of the Verdugo river in the province of Pontevedra. Its past is hidden behind its sturdy walls and goes back to the 12th century. The fascination provoked by this place has gone through all the stages of its history and arrived to our days. Illustrious proprietaries and visitors have left here their permanent marks and they will be forever part of the Soutomaior Castle.This book, The Soutomaior Castle, a place full of history (Alvarellos Editora-Deputación de Pontevedra) is not an historical essay or a common guide, but an illustrated work that will allow us to discover a fortress that went from being the centre of power in Galicia during the Middle Ages to complete oblivion, and was revived again at the end of the 19th century.

A narration full of anecdotes and information unknown until this day, including more than a hundred pictures (historical and current ones), illustrations and plans that will immerse the reader in the history of one of the most outstanding monuments of the Rías Baixas.

Diego Piay Augusto (Pontevedra, 1979) has a degree in History with the specialties of Archaeology and Ancient History. He is a professor of Ancient History at the University of Oviedo and, simultaneously, has worked as an archaeologist for over twenty years, directing archaeological interventions and taking part in emblematic excavations such as Pompeii or Piazza Armerina. He is the author of the book Prisciliano. Vida y muerte de un disidente en el amanecer del Imperio Cristiano (2018) and María Vinyals, the woman of the future. Seven lives under the shadow of a castle (Alvarellos Editora, 2019). He obtained his doctorate in 2016 at the University of Santiago de Compostela with an outstanding cum laude mark and also received a special doctorate award. Numerous papers published in national and international journals, in which archaeological sources have always enjoyed a main role, certify his work as a researcher. 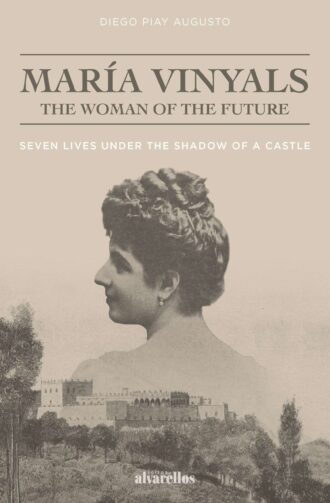 Seven lives under the shadow of a castle

This work is the result of a rigorous and thorough research, with a great amount of unpublished material (documental, graphic and oral testimonies), about the fascinating history of María Vinyals y Ferrés, born in 1875 in the Soutomaior Castle (Pontevedra).

She grew up in a wealthy family, lived intense experiences and ended up becoming a prolific writer, a pioneer in feminism and a woman worried about the future of the society that surrounded her.In her private life, she would rebel against the chains of an ill-fated marriage.

With her second husband –the Cuban doctor Enrique Lluria–, she would share politic and social ideals. Together they would end up founding a great sanatorium in 1910 using the old theatre of the Soutomaior Castle. They moved there with their five children, four of whom were from their previous marriages.

In 1917, drowning in debts and marginalized because of their political views, María Vinyals and Enrique Lluria would leave the Soutomaior Castle forever. It was then when their paths and those of their children Antonio, Enrique, Emilia, María Teresa and Roger, would take different courses and would never meet again.

This historical essay (published in tree languages: Spanish, Galician and English), looks back on those seven lives that grew up under the shadow of a castle. From this impressive medieval fortress, nowadays a public property owned by the Deputación de Pontevedra, Diego Piay travels beyond its walls and its battlements, beyond Pontevedra, Galicia… or Europe.

This history took shape inside the robust walls of this castle and now, so many years after, goes back to where it all began. 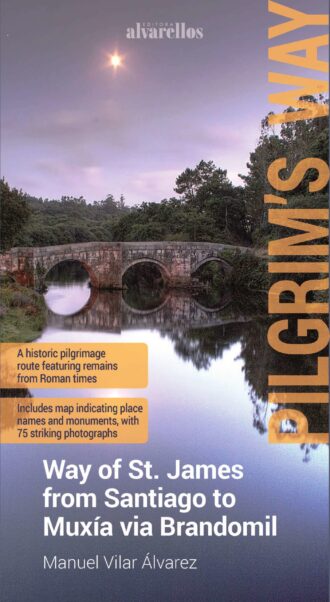 Way of St. James from Santiago to Muxía via Brandomil [English Edition]

This guide invites us to travel along a historical trail that is still largely unknown. It is the shortest route between Santiago de Compostela and Muxía, used by pilgrims and travellers for centuries, with the medieval bridge of Brandomil as one of its emblems.

An 86-km route that is presented here with all of its attractions: map with stages, sites and monuments
to visit, and illustrated with 75 striking photographs. A practical guide that invites us to explore nature and history at leisure because, in the author’s words, “to walk old paths… is to claim the future.”

We use our own and third-party cookies to improve our services and to show you personalized advertising based on a profile created from your browsing habits (for example, pages visited). Click here for more information.
You can accept all cookies by pressing the "ACCEPT" button or configure or reject their use by clicking on SETTINGS.
After accepting, we will not show you this message again.

This website uses cookies so that we can provide you with the best user experience possible. Cookie information is stored in your browser and performs functions such as recognising you when you return to our website and helping our team to understand which sections of the website you find most interesting and useful.

Strictly Necessary Cookie should be enabled at all times so that we can save your preferences for cookie settings.

If you disable this cookie, we will not be able to save your preferences. This means that every time you visit this website you will need to enable or disable cookies again.

This website uses Google Analytics to collect anonymous information such as the number of visitors to the site, and the most popular pages.

Please enable Strictly Necessary Cookies first so that we can save your preferences!